Attorney at Law and Partner

Gregory Lyon was a founding member and senior partner of the law firm of Phillips and Lyon. The firm was founded in 1977 in Phoenix, Arizona and was reorganized in December 2016. On January 1, 2017, Mr. Lyon co-founded Hirsch & Lyon Accident Law. Mr. Lyon partnered with Attorney, Jack Hirsch to form this new law firm limiting their practice to personal injury and wrongful death.

Mr. Lyon was born in Chicago, IL and earned his Bachelor of Business Administration degree at the University of Iowa in 1971. He then went to Loyola University School of Law in Chicago where he earned his Juris Doctorate degree in 1974. Mr. Lyon is currently admitted in all Arizona courts including the Supreme Court of Arizona, Federal District Court of Arizona and the Supreme Court of the United States. He is a member of the Arizona State Bar Association, Arizona Trial Lawyer Association and the American Bar Association.

Mr. Lyon has limited his practice to representing injured people for over 40 years. During that time he has handled thousands of automobile accidents, slip and fall, dog bites, product liability, medical malpractice, and wrongful death cases. He has represented individuals with brain injuries, fractures, burns, spinal cord injuries as well as knee and shoulder joint injuries.

Mr. Lyon believes ” a well-prepared case has the best chance of a fast and fair settlement.” He thus works with investigators, accident reconstructionists, and other expert witnesses to strengthen a client’s claim to ensure maximum success. In addition, Mr. Lyon will work with vocational rehabilitation and economic experts to better understand and establish long-term lost income on behalf of an injured client.

Mr. Lyon has considerable experience in alternative dispute resolution, sometimes referred to as mediation. He has also participated in workshops training other attorneys in techniques that help settle cases for maximum dollars.

Mr. Lyon has special expertise in the handling of motorcycle accidents in Phoenix and throughout Arizona. As an avid motorcycle rider logging thousands of miles each year, he is well aware of the attitudes that an injured biker will encounter and the hurdles that must be overcome in order to successfully compensate the victim of a negligent motorist. Mr. Lyon has written articles on motorcycle safety and is a former officer of a local Harley Owners Group. He is a strong and vocal advocate for motorcyclists who have the same rights as cagers’ to enjoy the roads and highways of Arizona.

Although Mr. Lyon has recently retired, Hirsch & Lyon Accident Law believes that the most experienced attorneys should be the ones responsible for making the decisions that shape the outcome of your case. What good is hiring a law firm if the most experienced attorneys are not handling your case? At Hirsch & Lyon Accident Law each case is handled by a lawyer with at least 20 years of personal injury practice experience. 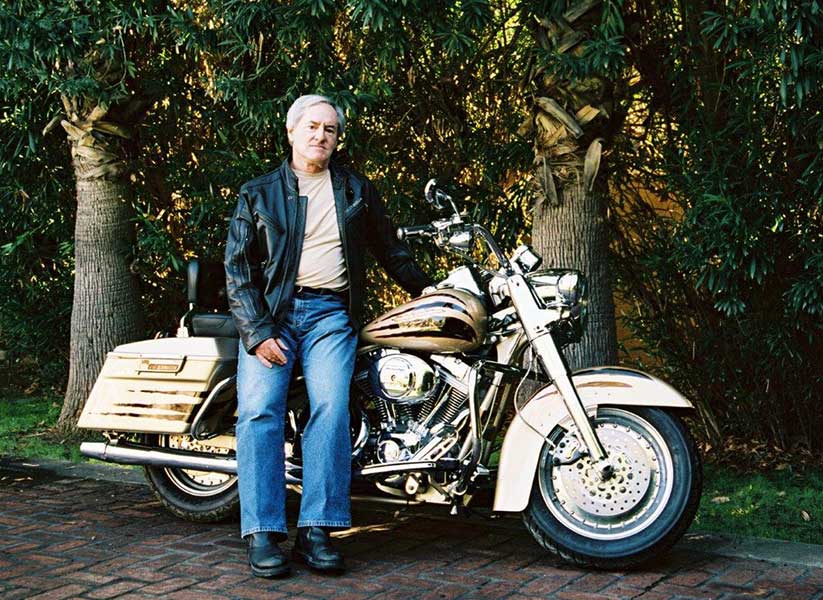 "Jack Hirsch and Victoria were awesome to work with. Once they got my account everything started rolling forward at a great pace. I never had to call the office and ask "so, anything new on my case"? I am extremely satisfied with the results. I would recommend this office to other people. Thanks for looking out for me!"
Posted by: Jennifer Chamberlin